This festival of Gauri is considered to be one of the most colorful festivals in the life of the people of Rajasthan.

But, the thing is that each and every festival is having own place or its own religion where it is being enjoyed in a more grand way.

In the same way in this festival of Gauri Teej, it can be known that this festival is mainly enjoyed or being celebrated in the Rajasthan and its surrounded places.

This festival is being used to do be done by married women in order to preserve or in order provide different kinds of happiness to their family members like husband and their children. This festival is also being known as Gangaur.

BY, this you can easily know that this festival is playing a very major role in people’s of Indian culture.

So, the information regarding this festival is being provided below –

In this section of this article, you are going to about the story or you can also call it as the myth about this fabulous festival. Basically.

this fast of Teej was being started by the goddess Parvati. In order to make Lord Shiva catch their attention they had started to do this fast so, Lord Shiva get happy and make her his wife.

Because in the previous birth of the goddess Parvati they were born as the Sati and their father and mother had insulted Lord Shiva and due to this reason they have provided herself to the fire on the condition that on their next.

all births Lord Shiva should become their husband and in the birth in which they do this fast of Teej, she was having the name of Gauri and due to this reason, this festival is well known as the Gauri Teej.

•             As per the information about this festival it can be known that the women who are going to take part in this festival they have wake up early on this day and then they have to take a bath they can either wear red colored saree or they have to wear the clothes which are wearing in marriages because they are considered to be lucky.

•             After doing the following steps fellow has to take the idol of goddess Parvati and lord shiva and they have to provide that pure water to them in order to spread positive vibes in the house.

•             Then the fellows have to take that idol of goddess Parvati and decorate with different things like flowers, saree, etc.

•             Then the fellows have to provide the flowers like Aak and Kaner to lord shiva and goddess Parvati.

So, this was different kinds of information regarding this festival of Gauri Teej.

With the help of the above-provided details, you are not just able to know the most effective way to worship goddess Gauri but, you are also able to gather too many kinds of information about this fast.

So, if you are facing any kind of problems in your life or you are in need of any kind of astrological details then as per ours. 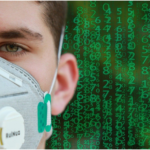 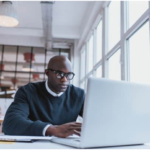