War is one of the worst things anyone or any state can go through. This is a topic that has been widely explored by filmmakers across the world for decades. War films induce a lot of emotions because of the trauma they portray and evoke a keen sense of sadness. Some war films will make you reflect on your life while others may even make you cry. You will find tons of old and new war films on Netflix. Here are a few that are worth watching.

We are sure you watch a lot of movies on Netflix. The last thing you want is a slow internet connection causing slow buffering while watching streaming content. Contact Spectrum servicio al cliente to sign up for a fast internet connection.

Extraction is an action-packed thriller released last year during the height of the Covid pandemic. The film stars Chris Hemsworth. He plays the role of a mercenary, tasked with rescuing the kid of an Indian drug dealer who gets kidnapped and is held for ransom in neighboring Bangladesh. Chris Hemsworth’s character has is sent on a very tough mission where he has to fight against both the kidnapping gang as well as Bengali law enforcement. He takes quite a beating during the film. This is a very intense movie. All Chris Hemsworth and action movie fans will thoroughly enjoy this flick.

Beasts of No Nation

This movie is an intense war drama, directed by Cary Fukunaga. Released in 2015, the movie tells the story of a child who is recruited as a soldier (played by Abraham Attah). The setting is a civil war in an unspecified part of Africa. The film is an adaptation of a novel written by Uzodinma Iweala’s having the same name. It also stars Idris Elba. It is a loud and violent war flick so viewer discretion is advised.

First They Killed My Father

The genocidal atrocities of Pol Pot and the Khmer Rouge in Cambodia in the 1970s are not very well covered by Hollywood. First They Killed My Father is one of the few Hollywood movies with a plot revolving around 1970s Cambodia. Angelina Jolie is one of the film’s producers. She has a close affiliation with Cambodia, having visited the country during the shooting of Tomb Raider. The movie, released in 2017, is the film adaptation of Loung Ung’s book by the same name. Loung Ung is a survivor of the Cambodian genocide. The film depicts the harshness of the Khmer Rouge from the perspective of the then 7-year-old Loung Ung. Given the subject matter, it is unsurprisingly a fairly depressing movie.

This is another violent war movie directed by Spike Lee, released last year. The movie tells the story of four elderly war veterans returning to Vietnam to recover the dead body of their cherished squad leader (Chadwick Boseman). They also go there to search for a gold shipment they buried in the Vietnamese jungle during the war decades back. The movie has some witty moments but is overall a very emotionally absorbing tale. The director also makes great use of telling the main characters’ backstories through flashbacks.

There is no doubt that war is a hot topic for filmmakers. Most acclaimed movie directors have at least one epic war film to their credit. War has been well documented. There is no shortage of war movies on Netflix. We hope you will enjoy watching the selection we have put out in this article. 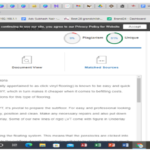 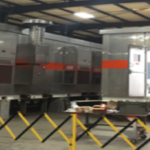